LEARN about the Lives of Inspirational Saints for Students!

Think about how you can ACT with the same values as the Saints you learn about on this page!

PRAY with the Mini Saint Retreats to Focus and Energize Your Path to Sainthood!

PLAY Saint games to remember the holy children, women, and men who are in heaven and are also our spiritual friends to help us here and now on earth! 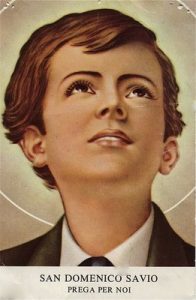 Dominic was always cheerful, studied hard, and helped his friends. He taught them about religion, took care of them when they were sick, and broke up many fights. Dominic was well liked and known for praying frequently, often praising God through song. Dominic obeyed those in charge and he enjoyed playing games.

He did everything to the best of his ability. As a student, as a friend, as a son, as a brother, and as a teenager, Dominic lived his life focused on God. As students, as friends, as sons or daughters, as brothers or sisters, we can live our lives focused on God in everything we do. Dominic is the patron saint of children’s choirs. 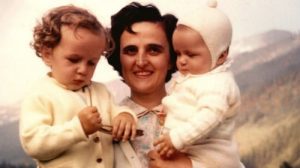 Saint Gianna followed Christ as a doctor, a mother, and a wife. She was a cheerful and energetic person who loved life and was involved in many
activities.

When Gianna was pregnant with her fourth child, doctors found she had a tumor that threatened her life and the life of her baby. As a doctor, Gianna was aware of the risks involved in her treatment options. She decided to have a surgery that carried a higher risk for herself, but was safer for her baby. The surgery was successful in removing the tumor, and a few months later Gianna gave birth to a healthy daughter, Gianna Emanuela. However, Gianna herself contracted an infection. While modern antibiotics could have saved her, doctors at that time were unable to defeat the infection. Gianna died at the age of 39, one week after the birth of her daughter.

Saint Gianna reminds us that we are called to follow Christ through prayerful service in every situation in life. We should pray to her for help in finding ways to offer our own talents and gifts in the service of others. 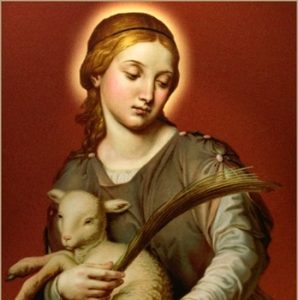 Over the centuries Saint Agnes has been revered as a young woman of great strength and courage. Although we know very little about her life, she has been honored as a young girl who put her faith first. Not much is known about the life of Agnes. It is believed that her parents were members of the Roman nobility. Agnes was very beautiful and, as a result, many young men wished to marry her. She refused them all, saying that she had promised her life to Christ. Her name also resembles the Latin word for lamb, which is “agnus.” Her name in Greek means “pure” or “sacred.” 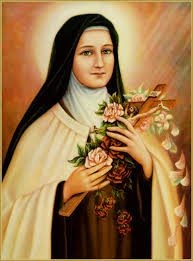 During her years as a Carmelite, Thérèse devoted herself to what she came to call her “little way” to holiness. She led a simple and quiet life of prayer. When Thérèse died, she was only twenty-four years old. But she left behind a series of journals in which she had recorded her spiritual autobiography. After her death, these writings were edited by Thérèse’s sister Pauline and published as The Story of a Soul.

Saint Thérèse of Lisieux was declared a saint by Pope Pius XI in 1925. She is also known as Saint Thérèse of the Child Jesus and as the Little Flower. In 1997, one hundred years after her death, Pope John Paul II declared her a Doctor of the Church. In 1997, in an apostolic letter about Thérèse, Pope John Paul II noted that she was the youngest Doctor of the Church and the one closest to us in time. The pope also pointed out that Thérèse reached a mature holiness while still a young person. Because of this, Thérèse is a teacher whose words and example are especially effective for today’s young people. They, like Thérèse, must be leaders and witnesses to the Gospel for new generations. 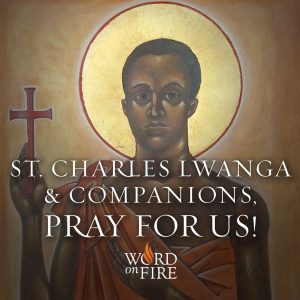 Charles Lwanga grew up in Uganda, Africa. When Charles was a boy, some priests came to his village to teach the people about the Christian faith. Charles became a Christian. The king of Uganda did not understand what Christianity was all about and became afraid that his people would start to worship Jesus instead of him. The king became very angry when he discovered that Charles and his friends were studying about Jesus and demanded that they stop. When they refused, the king had them put to death. Charles and twenty-two young men from Uganda were all killed because they would not give up their faith in Jesus.

Pope Paul VI, on his African tour in 1969, said in reference to Charles Lwanga and his companions, “Being a Christian is a fine thing but not always an easy one.” Saint Charles Lwanga taught others about Jesus. He stood up to and protected his friends from the evil king. Like Saint Charles Lwanga, we can share our faith with others. We can also be courageous and stand up for what is right.

While Joan was growing up, there was a war going on between France and England. This war had lasted almost one hundred years. France was divided and had no king. Joan began hearing the voices of Saints Michael, Catherine, and Margaret. They told Joan that she was chosen by God to unite France and to help Charles be crowned king. Joan was very surprised because she knew nothing about politics or about the military. She wanted to serve God, but she did not know how to help her country. Finally, she realized that this was God’s will and He would lead her. At first she was laughed at, but soon Joan was leading the French army with a banner that said “Jesus and Mary.” She began winning battles. Soon the English were gone from many towns in France. The French soldiers loved Joan. Eventually, she saw Charles crowned the king of France. Joan of Arc was faithful to God’s will in her life. She kept her focus on God and what he asked her to do. It seemed to be impossible for a teenage girl to become a soldier, lead an army, and unite the country of France, but Joan did just that because of her faith.

Hail Mary Hunt- When site opens, scroll down to access!

Dancing with the Saints, When site opens, scroll down to access!

Beautiful Saint Cards for the Year!! 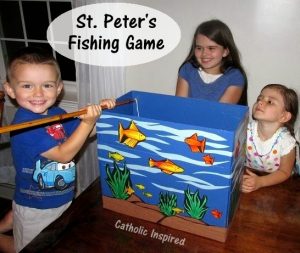 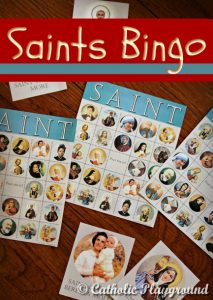