OUR VISION AT OUR LADY OF MERCY IS TO OFFER EVERY PERSON A LIFE-CHANGING ENCOUNTER WITH JESUS, GROW DISCIPLES, AND SEND THEM ON MISSION.

A Brief History of Our Lady of Mercy Parish 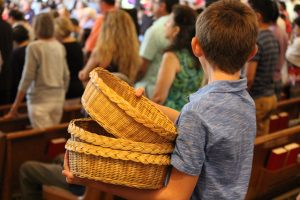 The original parish of 58 families was called “The Catholic Community of Fox Valley” until it was re-named “Our Lady of Mercy” on August 28, 1988. The parish maintained an office in the Fox Valley Commons, and our founding pastor, Fr. Tivy, lived in the Rectory of Ss. Peter and Paul until the completion in July 1989 of the present rectory at 801 South Eola Road.

St. Anne’s in Oswego became our second home for celebrating the Sacraments of Baptism, Marriage and Funerals.  Weekend and Holy Day Masses were celebrated at Waubonsie Valley High School. On September 20, 1997, after years of hard work and dedication, we celebrated the first Mass in our new home, the present church at 701 South Eola Road.  A mere decade later, in 2007, our Parish Life Center was completed. It houses parish offices, a large multi-purpose room and meeting rooms for our many organizations and Religious Education program.

From our modest beginnings, the parish has grown to approximately 3,900 families. There are more than 60 organizations engaging in a variety of ministries and we are anticipating more than 200 baptisms and 30 weddings this year. 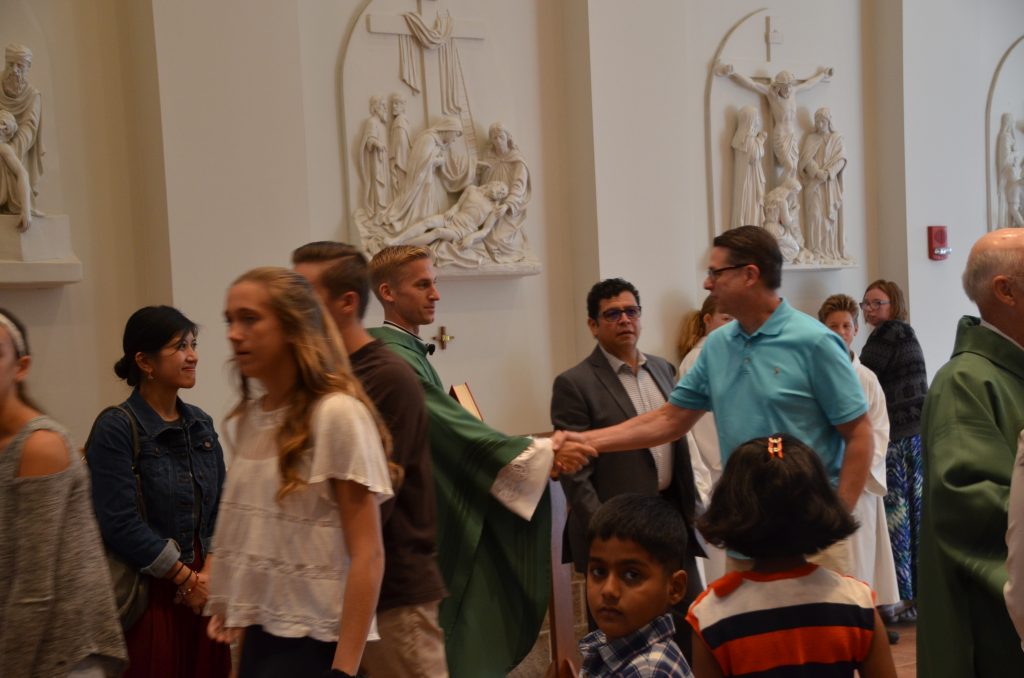 Whether you are a new parishioner or just visiting, we hope you enjoy our beautiful church and the wonderful people here at Our Lady of Mercy. Please be sure to let us know if there is any way we can help you on your journey with Christ.

The neighboring parishes of Ss. Peter & Paul, St. Thomas the Apostle, St. Raphael’s and St. Anne’s not only provided the founding families for our parish, but were ever so generous in many other ways. Ss. Peter & Paul extended their hospitality by inviting Fr. Tivy to live in their rectory. Our original Processional Cross was made as a result of St. Thomas the Apostle sharing with us what God had given to them. St. Anne’s became our second home for many celebrating the Sacraments of Baptism, Marriage and the Mass of the Resurrection prior to the dedication of our church.

Some of the memorable “firsts” in our parish are:

While these events are special, the people who serve God by serving others are even more special in our hearts:

The first Parish Council had the primary mission to establish the new parish and to construct a suitable place of worship. On August 17, 1996, Bishop Roger Kaffer, Auxiliary Bishop of Joliet, conducted the Ground Breaking Ceremony for the church building. On May 5, 1997 after the 4:00 p.m. Mass, as parishioners and staff recited the “Angelus” and looked on, Bishop Kaffer dedicated the three bronze bells that were hoisted into the towers.

On September 20, 1997, this mission was fulfilled with the dedication of Our Lady of Mercy Church.

In 2001 planning and fundraising for a Parish Life Center began. We needed a place to house parish offices and for organizations and religious education classes to meet. This wonderful facility opened in late spring of 2007 and serves as a center for the many faith-based activities of our parish.